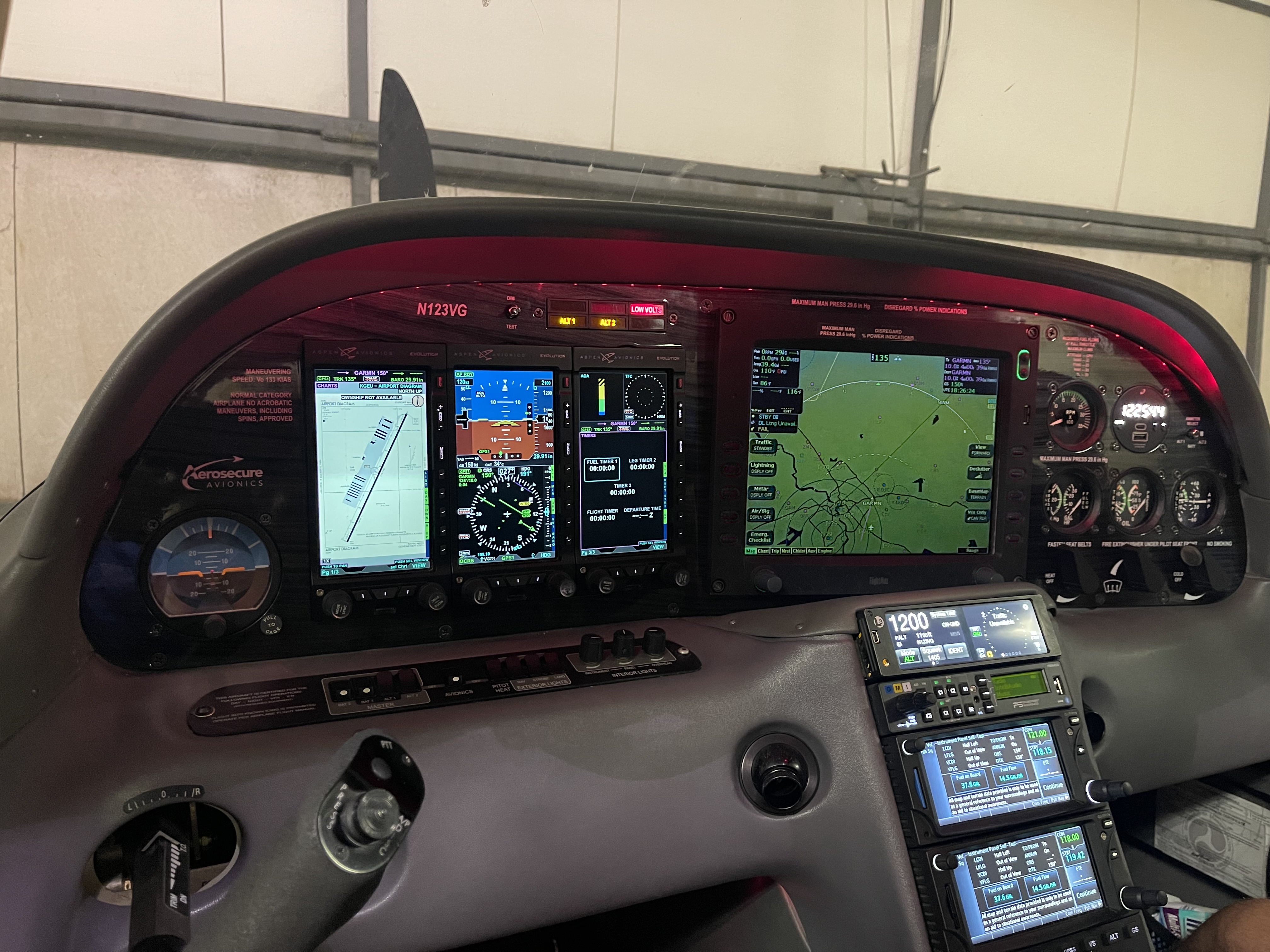 Welcome to the Customer Gallery. This gallery features installation photos and comments provided by Aspen’s Evolution Flight Display customers. Select the make and model you wish to view from the menu on the left. To add your own story and pictures, please register for access to the Customer Port via the Submission/Registration tools below.

If you’d like to edit your existing Gallery post, log into the Customer Port and select ‘Edit Profile’ at the top of the page. Here you will find a section for editing and adding Aircraft, as well as a section for updating the personal information shown under your aircraft.

I am a commercially rated, single engine pilot, flying for pleasure, and often flying instruments in to the San Francisco Bay area.

My Panel (Before and After)

My 1969 Piper Cherokee Six was in need of a new directional gyro - this was the imputus to upgrade to the Aspen Evolution 1000 VFR PFD. After flying with the VFR version, I sucumbed to the upgrade, and now have the Evolution 1000 PRO running (the glideslope functionality is great!)

The plane is equipped with a Garmin GNS-430W, KX-170B + GS, and a Piper (Century) single axis autopilot. Thanks to the Aspen ACU, this autopilot now has GPS steering - it's great to see the plane fly an instrument hold.

The upgrade removed the original directional gyro, and relocated the vacuum artificial horizon (since this drive the autopilot).

Initially I purchased the Evolution 1000 VFR PFD, but quickly realized that the glide slope and additional functionality of the 1000 PRO was needed - so that was a relatively simple upgrade. Looking forward to additional integration with the upcoming ADS-B in products.